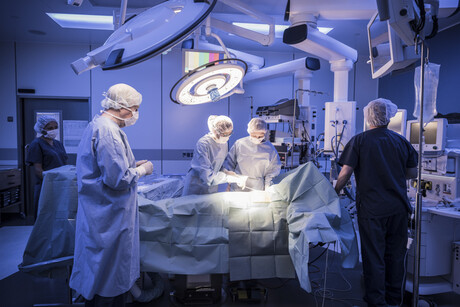 Cairns Private Hospital has announced an $18 million expansion, including the development of two new theatres, to cater for the demand for private health care in the region.

Construction is due to begin this month, with the first new theatre to be operational in mid-2024. The expansion will also include a new state-of-the-art sterilising department.

Ben Tooth, Cairns Private Hospital CEO, said he expects the new theatres to be well utilised, with high demand for operating theatres in the region.

“Cairns Private Hospital has experienced significant surgical growth since opening our seventh theatre four years ago, to the point that we’re even performing certain elective surgeries on Saturdays to cater for demand and to support specialist FIFO surgeons,” Tooth said.

The two new operating theatres will bring the total number at the hospital to nine. It is expected the new theatres will result in increased surgeries in specialties including ENT, orthopaedics, urology, plastics, vascular and general surgery.

Tooth said alongside the investment in the physical space, Ramsay Health Care is also investing in its people since the healthcare workforce was hit hard by the pandemic — especially in regional and rural areas.

“Ramsay Health Care has been investing heavily in initiatives to attract, retain and upskill our healthcare workers,” he said.

“This year we launched new training programs as part of the Ramsay Nursing and Midwifery Academy, which now offers training for undergraduates right through to nurse practitioners and nurses who want to go on to nursing management positions.