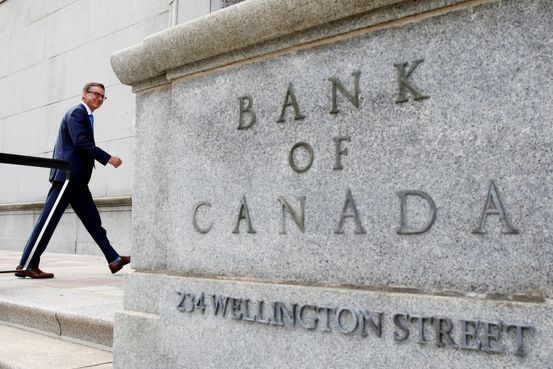 OTTAWA—The Bank of Canada delivered another hefty increase to its main interest rate, taking it above 3% for the first time in over 14 years, and said rates need to go higher to tame inflation.

The Bank of Canada on Wednesday lifted its overnight target rate by 0.75 percentage point to 3.25%, following a surprise full-percentage-point increase in July. Following five increases beginning in March, the central bank’s benchmark interest rate is now 3 percentage points higher than where it started 2022, reflecting the urgency among global central banks to cool inflation triggered by supply-chain disruptions, stronger-than-expected consumer demand and the war in Ukraine.

The last time the Bank of Canada’s benchmark rate was 3% or higher was in April 2008. In a statement explaining its decision, the central bank said the benchmark rate will need to climb higher to ensure inflation decelerates toward its preferred 2% target.

The most recent consumer-price index report in Canada indicated annual inflation slowed in July to 7.6% from a four-decade high of 8.1%. The central bank said the deceleration was the result of lower gasoline prices. With the exception of gasoline, the Bank of Canada added, upward price pressures are broadening across the economy.

Do you think Canada can avoid a recession? Why or why not? Join the conversation below.

“As the effects of tighter monetary policy work through the economy, we will be assessing how much higher interest rates need to go to return inflation to target,” the statement said. “The governing council remains resolute in its commitment to price stability and will continue to take action as required.”

said U.S. rates had to go higher and would remain elevated for a prolonged period to ensure inflation is tamed.

an economist at BMO Capital Markets, said the tone of the Bank of Canada’s statement “remains very concerned about inflation.” He added central bank officials likely “want to see a few quarters of below-potential growth and some loosening of labor-market conditions before they’ll be more comfortable with the inflation outlook.”

Eleven economists surveyed by The Wall Street Journal before Wednesday’s rate decision predicted a three-quarter point increase. Where there was disagreement was how much higher the Bank of Canada might be willing to go.

Some analysts said the central bank is close to ending its rate-rising campaign, due to the elevated risk of a recession. Higher interest rates have already deflated the housing market, which accounted for one-fifth of economic growth last year. Existing-home sales declined 30% in July from a year ago, and the national average home price dropped 5% in the past 12 months.

In Wednesday’s statement, the central bank said the housing market is “pulling back as anticipated, following unsustainable growth during the pandemic.”

The Bank of Canada added it expects economic activity to moderate in the second half of 2022 due to weakness in global growth and the impact of higher interest rates.

“There is little question that the economy will reflect the weight of one of the fastest rate hike cycles in history,” said

Some economists, such as Ms. Caranci, say Canada’s main interest rate could hit 4% by the end of 2022, to reduce inflation expectations. The Bank of Canada, in its statement, said surveys—conducted by the bank and outside parties—suggest short-term inflation expectations are elevated. “The longer this continues, the greater the risk that elevated inflation becomes entrenched,” the bank said.

Write to Paul Vieira at paul.vieira@wsj.com