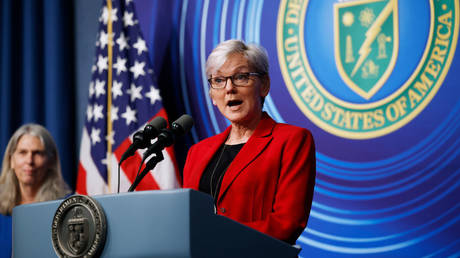 US President Joe Biden’s administration has announced a laboratory “breakthrough” on nuclear fusion that could lead to the harnessing of an abundant energy source that doesn’t emit greenhouse gases or leave behind radioactive waste. However, such technology could be decades away from large-scale application.

Scientists at the Lawrence Livermore National Laboratory in California last week achieved “fusion ignition,” marking the first controlled reaction in history that achieved a net energy gain, the US Department of Energy (DOE) claimed on Tuesday in a statement. That means it yielded more output than was used to bring about ignition.

“Simply put, this is one of the most impressive scientific feats of the 21st century,” US Secretary of Energy Jennifer Granholm said. A statement by the laboratory called fusion ignition, which occurs when two atomic nuclei combine to form a single heavier nucleus, “one of the most significant scientific challenges ever undertaken by humanity.”

On Dec. 5, 2022, a team at LLNL’s @lasers_llnl conducted the first controlled fusion experiment in history to achieve fusion ignition. Also known as scientific energy breakeven, the experiment produced more energy from fusion than the laser energy used to drive it. pic.twitter.com/t9htICEcuh

Nuclear fusion is what keeps the sun and other stars burning and reportedly can release millions of times more energy than can be generated from fossil fuels. The main fuels used in nuclear fusion are deuterium, which can be cheaply extracted from seawater, and tritium, which can be made from lithium. Like today’s fission-based nuclear reactors, nuclear fusion can produce energy without carbon emissions. Unlike those reactors, it doesn’t create radioactive waste.

However, it took US scientists 60 years to get to this point, and it will likely take several decades to get from lab breakthrough to tapping nuclear fusion as a utility-scale energy source. The fusion ignition at Livermore yielded just 3.15 megajoules of energy, or about 1.1 megajoules more than was consumed by the lasers that triggered it, according to the DOE. The net output was equivalent to the amount of power that would be needed to light up an incandescent bulb for about five hours.

Moreover, US scientists aren’t alone in working to harness nuclear fusion as an energy source. For example, China’s “artificial sun” project reportedly set a world record earlier this year by sustaining a nuclear fusion reaction for more than 17 minutes. Other experiments have allegedly generated the same amount of energy as was used to trigger a fusion reaction.