It’s possible, though not likely, that the stock market will post a gain for calendar 2022.

You might think that exploring such a possibility is little more than idle speculation, given that the stock market is so far below where it was at the beginning of 2022. To merely break even for the year, the S&P 500 would need to gain 21.5% between now and the end of the year. (The Dow Jones Industrial Average would have to gain 16.1% and Nasdaq 34.7%.)

Such an exploration is nevertheless worthwhile, since it helps us understand the complex interactions between probabilities and risk on Wall Street.

To start, consider the three calendar years since 1928 in which the S&P 500 lost as much as through the second trading day of September as it has this year. In none of those years did the S&P 500 gain enough from early September through December to turn the year into a positive one for the stock market.

If this were the only data on which we had to assess the probabilities, and on the assumption that the future is like the past, some would therefore conclude that there is no chance that the stock market will finish this year in the black.

That conclusion is overly gloomy, however. A more accurate assessment of the odds for a positive 2022 requires focusing on all four-month S&P 500 returns since 1928, not just those from September through December in years with large losses through August. Looking at all rolling four-month periods since 1928, in 2.6% of the sample the S&P 500 gained at least 21.5%—the amount required to turn this year into a positive one. So the probability is still low, but it’s not out of the question.

The reason it’s important to focus on all four-month periods, not just those in the wake of an eight-month decline, is that the odds the market will rise between now and the end of the year are almost completely independent of how the market behaved over the past eight months. A helpful analogy is a coin flip: The odds it will come up heads are the same in each flip, regardless of how many heads or tails in a row were flipped before.

This independence is one of the core features of an efficient market, according to

the former U.S. chief executive of BGI, the organization that created iShares (now part of

). He says that when setting prices, an efficient market will base its level on a number of factors, all having to do with the future: Investors’ consensus belief about what will happen to corporate profits (their level and growth rates, as well as the uncertainty and volatility of future earnings streams), in addition to investors’ tolerance for that uncertainty and volatility. Notice that the list of these factors doesn’t include what has already happened, which is water under the bridge.

How do you think the stock market will do for the rest of the year? Join the conversation below.

Mr. Tint adds that this feature of the market is to be celebrated: The market would be “subject to unnecessary and unhealthy turmoil” if the market’s return in one period were correlated with its return in the previous period.

Mr. Tint does acknowledge the possibility a correlation could exist between the market’s return in one period and the subsequent. But that would be the case only if the market’s decline were large enough to cause a significant societywide reduction in investors’ willingness to incur risk. In that event, Mr. Tint argues, the stock market’s expected return would have to increase markedly to attract investors. 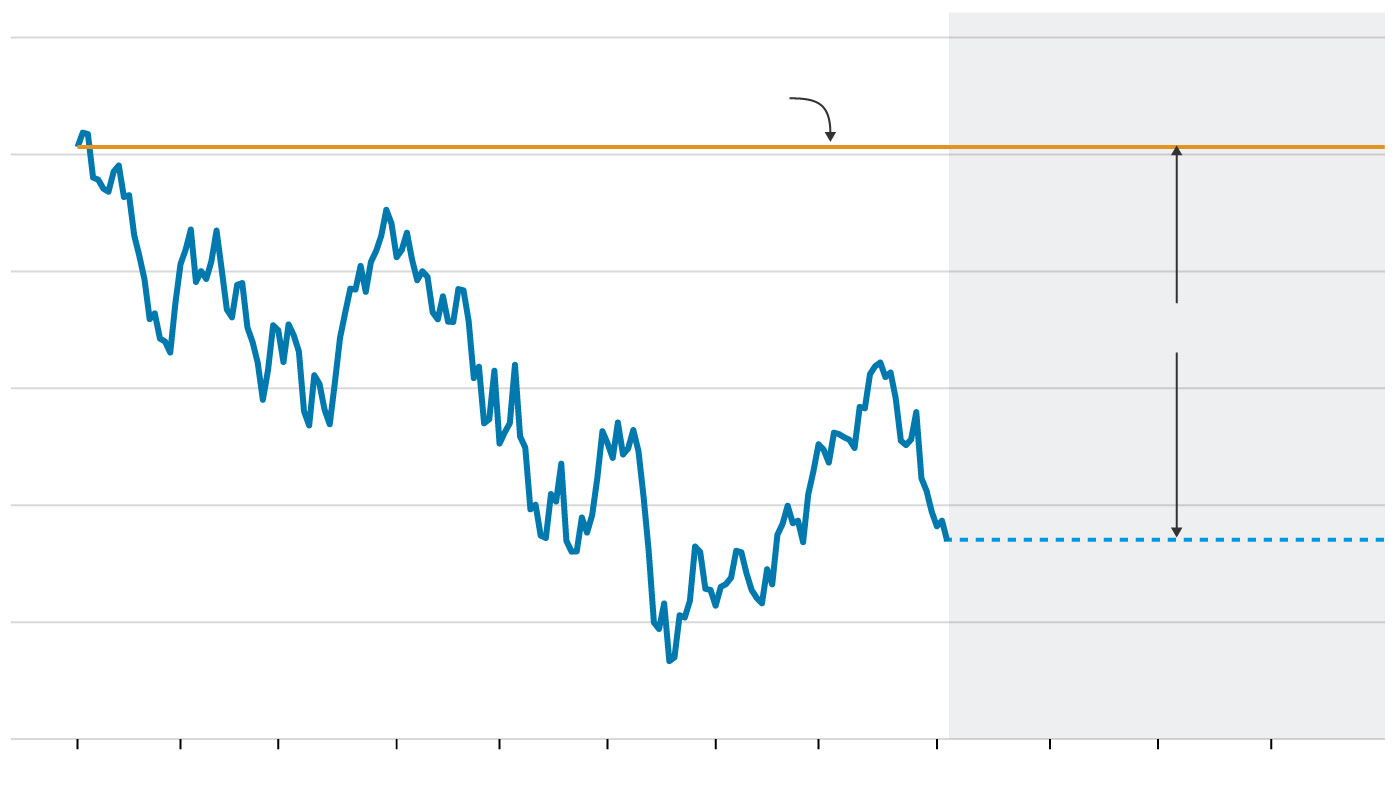 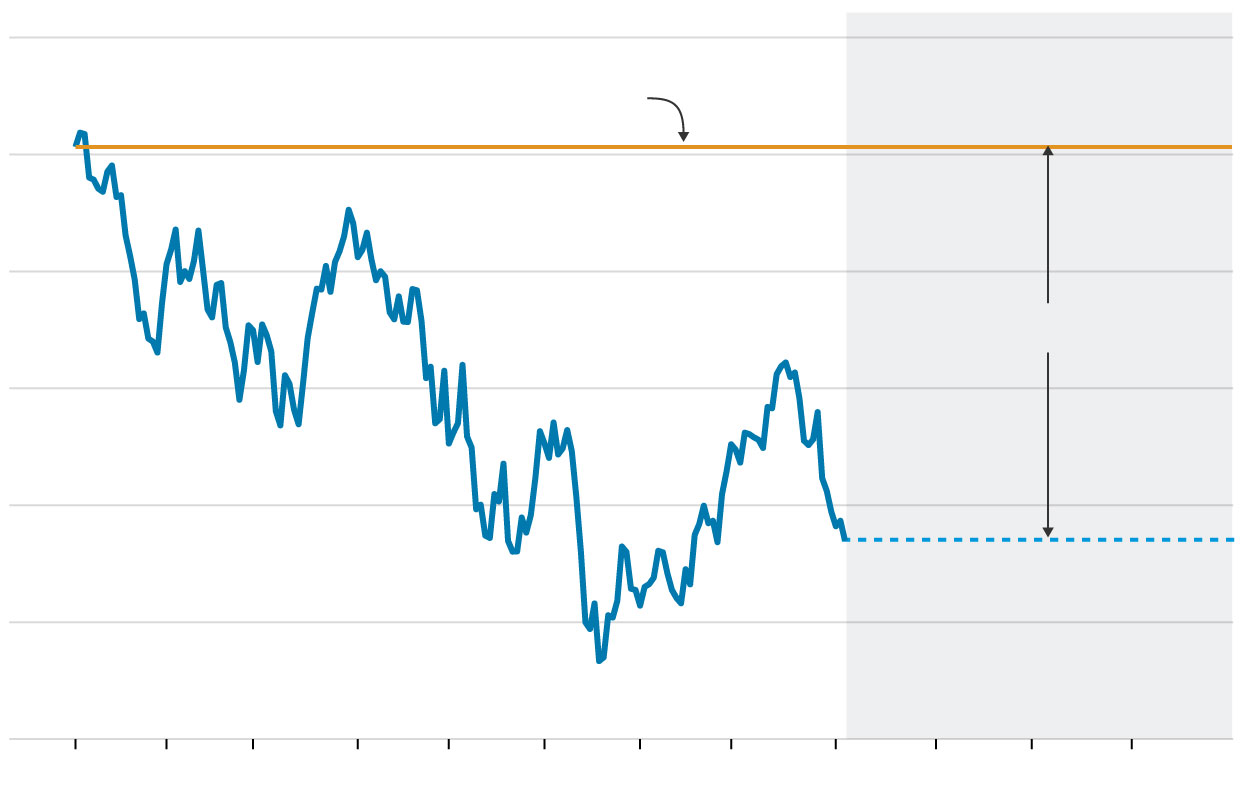 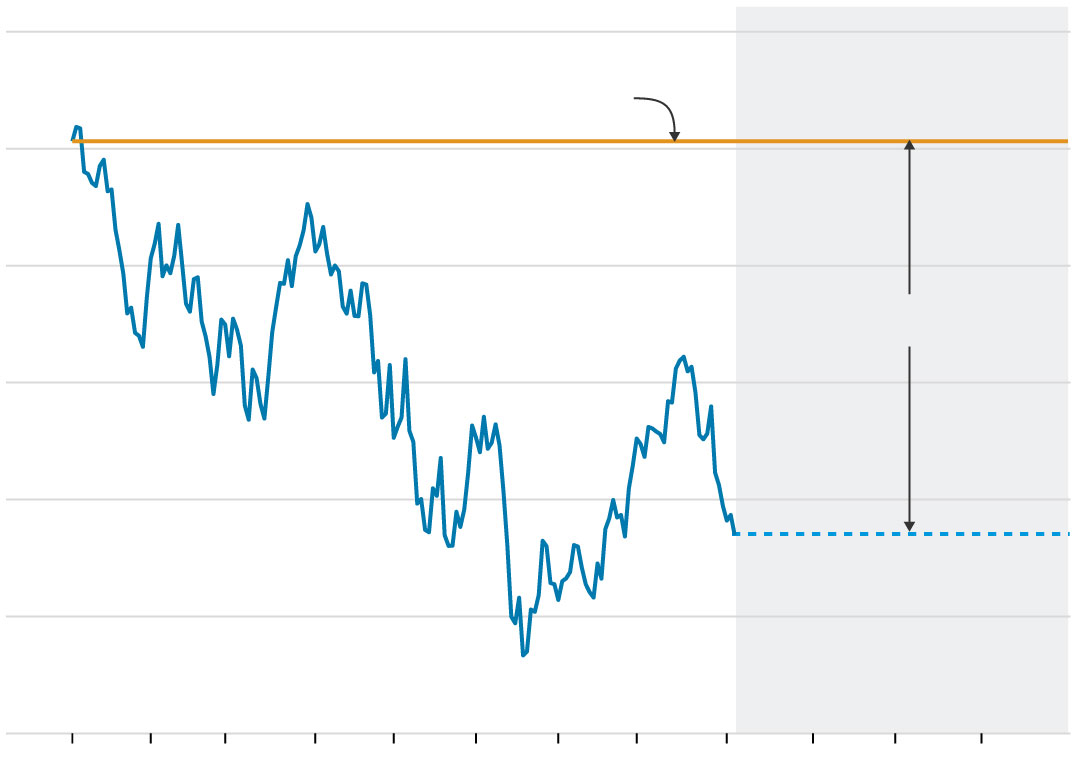 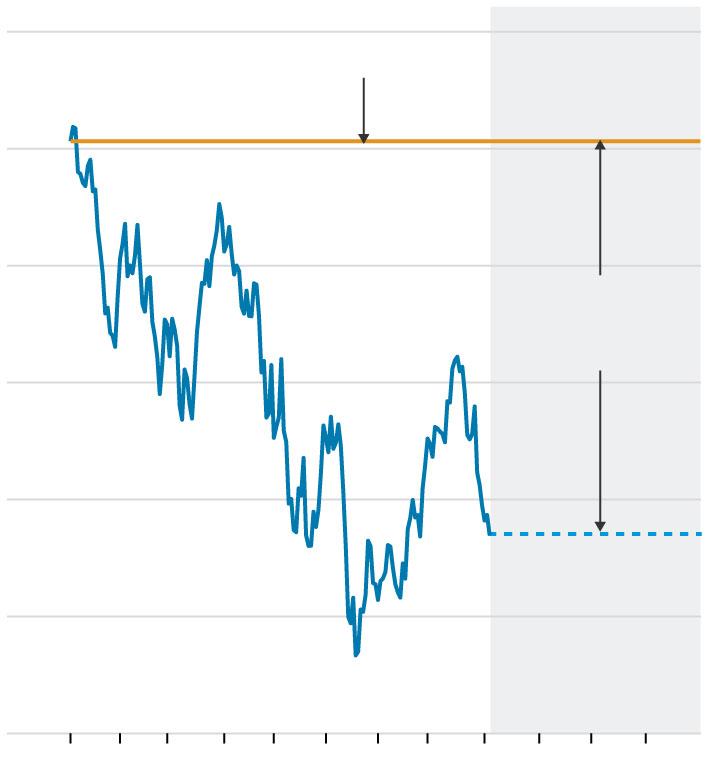 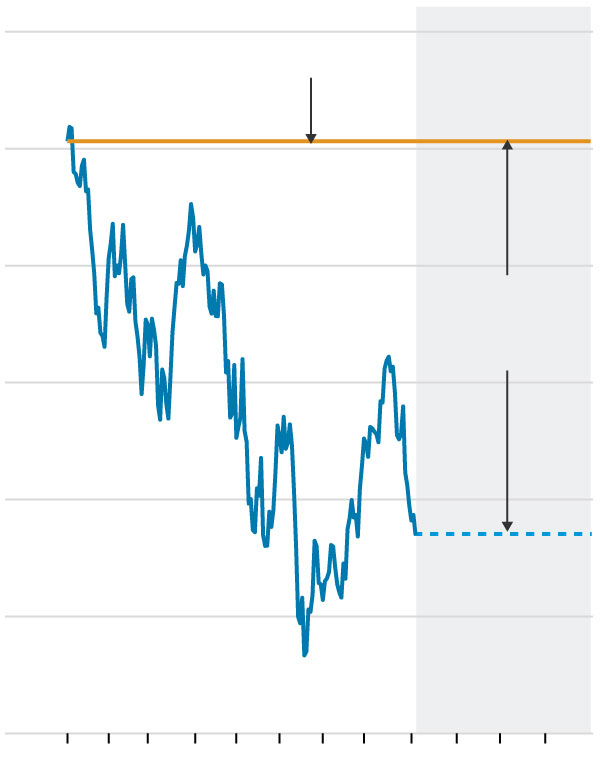 The decline necessary to significantly lower societal risk tolerance is almost certainly greater than the one the U.S. stock market has experienced so far this year, however. Eight-month declines in the past that were as deep as this year’s weren’t followed by above-average returns over the subsequent four months, for example. There is also anecdotal evidence that there has been no significant change in societal risk tolerance, according to Mr. Tint: A 1952 Mickey Mantle baseball card was sold at auction in late August for $12.6 million, a record price for a piece of sports memorabilia.

So it would be going too far to conclude the stock market’s prospects for the rest of this year are above average.

That conclusion isn’t a totally bleak one, however. Though the odds the stock market will finish this year in the black seem remote, there still are decent odds the market will rise at least to some extent. Among all four-month periods since 1928, the S&P 500 rose in 64% of them. That’s a good estimate of the probability the S&P 500 will be higher than today at the end of 2022.

Mr. Hulbert is a columnist whose Hulbert Ratings tracks investment newsletters that pay a flat fee to be audited. He can be reached atreports@wsj.com. Yellen to Tout Biden Economic Policy in Visit to Michigan