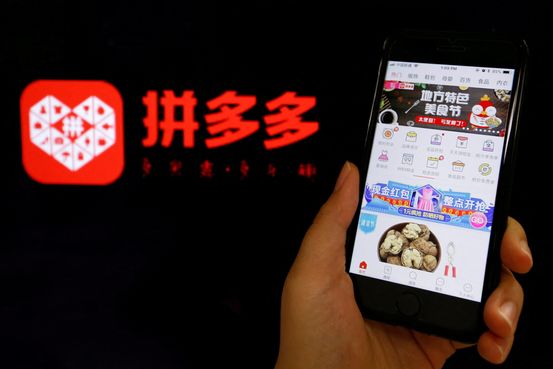 this week quietly launched an online marketplace in the U.S. called Temu, the latest example of overseas expansions by Chinese companies as the economy at home slows down.

Similar to Shein, the Chinese ultrafast-fashion e-commerce company, Temu boasts competitive prices. It features products in 14 categories, including apparel, accessories, pet supplies and beauty products, and it offers a 20% discount to first-time shoppers and free shipping for orders of $49 or more.

Pinduoduo and Temu didn’t respond to requests for comment.

Pinduoduo’s move follows overseas ventures by Chinese companies including ByteDance Ltd.’s short-video app TikTok and Shein, which has gained explosive popularity across the world with its extremely competitive prices and speedy supply chain.

Founded in 2015, Shanghai-based Pinduoduo has quickly emerged to become a challenger to Chinese rivals

as it gains popularity among lower-income consumers in China with its discounted goods. Pinduoduo amassed 882 million annual active users as of March, according to its first-quarter earnings report, capturing 88% of the country’s estimated one billion internet users.

In a call with analysts in late August, Pinduoduo Chief Executive Chen Lei said the company sees cross-border e-commerce as one of the new opportunities to explore. “We also see that many peers in the industry are achieving good results,” Mr. Chen said. “So we believe that it is a direction that is worth trying out for us.”

Pinduoduo’s overseas expansion comes at a time when China’s economic slowdown, worsened by Beijing’s stringent Covid-19 control measures, has rippled through a tech sector already grappling with the aftermath of a regulatory clampdown.

Chinese consumers are tightening their belts as the economic fallout drags on. Alibaba in August failed to post revenue growth for the first time since its 2014 listing. JD.com also recorded the slowest revenue increase for the second quarter since it went public in 2014.

Meanwhile, Pinduoduo’s sales rose 36% in the same quarter, though its revenue is just 15% of Alibaba’s.

Temu, like Shein, highlights women’s fashion on its website and caters to young, Western consumers. But Temu also features products from other categories on its homepage.

Mr. Chen told analysts on Monday that Pinduoduo “will not just simply repeat what others have done in this field.”

Meanwhile, Beijing-based ByteDance has been doubling down in e-commerce in global markets, leveraging its popular short-video app TikTok to attract shoppers. TikTok launched its e-commerce marketplace TikTok Shop earlier this year and has expanded to the U.K. and six countries in Southeast Asia. TikTok has garnered more than $1 billion in total sales value for products sold in the first half of this year through e-commerce, according to employees familiar with the performance.

Write to Shen Lu at shen.lu@wsj.com and Raffaele Huang at raffaele.huang@wsj.com