Jack Cronin found San Francisco-area homes too expensive or too far from the city center to buy when he lived there in 2020. The tech worker still wanted a piece of the hottest housing market of his lifetime, so he started looking farther afield.

Last year, the 28-year-old used a website called Roofstock, which provides listings and data for investors interested in rental properties, to buy a three-bedroom home outside Jackson, Miss., for $265,000. Mr. Cronin, who now lives in New York City, has never visited Jackson nor met the tenants in his home, lightly landscaped with bushes and crepe myrtle trees. It’s enough to know that a management company collects $2,300 a month in rent for him.

Mr. Cronin is part of a new movement of laptop landlords, in which individual investors are buying homes, often in other states, to rent out. Many are well-paid professionals who view owning a rental as a core investment, alongside stock or bond funds. Recent technologies that simplify the process and enable home purchases online have fueled the movement’s growth.

Data services help would-be landlords pick neighborhoods with precision, feeding them detailed reports on sales prices, crime rates and local schools. Online real-estate marketplaces such as Roofstock and Appreciate connect them with financing or local managers who can handle property maintenance and leasing. Content publishers and web forums like BiggerPockets offer up investment strategies and tips on where to buy.

“It can all be done online,” said real-estate consultant John Burns in Irvine, Calif. “That’s been the game-changer.”

Home purchases by investors large and small climbed to record levels during the pandemic, reaching a high of 28% of all single-family home sales in February of 2022, up from 17% during the same month in 2019, according to housing data firm CoreLogic. Individuals like Mr. Cronin or other small enterprises that own 10 or fewer homes accounted for about half of all investor purchases.

A separate measure of investor purchases by Attom Data Solutions, prepared for The Wall Street Journal, shows that the niche of out-of-state small investors has also grown. Members of this group, who purchased between two and 10 homes a year, bought 2.1% of all American homes sold in the second quarter of 2022, up from 1.5% during the same quarter in 2019. Purchases of just one house were excluded to rule out vacation homes.

Individual investors had been drawn to the housing market by robust house-price growth, low mortgage rates and rising rents. Home sales have slowed in recent months, the result of higher borrowing costs, limited supply and high prices. Some investors have stepped back from the market, according to real-estate agents and some market reports.

Owning rental property in any market comes with risk. Unforeseen repairs, tenants who stop paying rent and property management fees, often 8% to 10% of revenue, all can eat into potential profit. Some investors who finance their purchases with variable-rate loans may also face higher payments if interest rates continue to climb.

But rents continue to climb to new highs most everywhere in the U.S., making the business potentially lucrative even with rising interest rates.

As a result, even small housing markets are becoming less local. When area residents make offers on homes in Jackson or Jacksonville, Fla., they face nationwide competition from professional real-estate companies and small investors alike, at a time when the inventory of homes for sale is already considered low. That has made it even harder for young locals to start a financial nest egg through homeownership and is compounding rising housing costs.

Melissa Spears and her boyfriend, Michael Kroeze, live in the Jackson area and would like to buy a home together. They started looking last year in the Madison County suburbs, where many of the homes were built this century, have large lawns and are close to good schools and shopping.

Ms. Spears, who works in retail, and Mr. Kroeze, who works at a local bank branch, would like to buy a home priced below $300,000. They have been beaten out of homes by faster offers or all-cash buyers, they said. Ms. Spears said she’s not interested in renting a house as an alternative.

“Renting to us is a complete waste of our money,” she said.

Many of Roofstock’s customers are coastal tech employees making $200,000 to $300,000 a year, said Gary Beasley, co-founder and chief executive. These buyers would need some $300,000 in down payments to buy residential property in their own communities. For $40,000 down, they can buy a house in a lower-cost market and charge rent that brings in steady profits.

“What we’re seeing is people sort of decoupling where they live from where they own,” said Mr. Beasley.

Southern metros with large populations of low- and middle-income renters have been especially popular destinations for coastal investor cash. Out-of-state small investors accounted for 4.24% of total sales in Raleigh, N.C., 5.26% of sales in Atlanta, and 8.61% of sales in Memphis in the first half of this year, according to Attom—much higher than the national average. 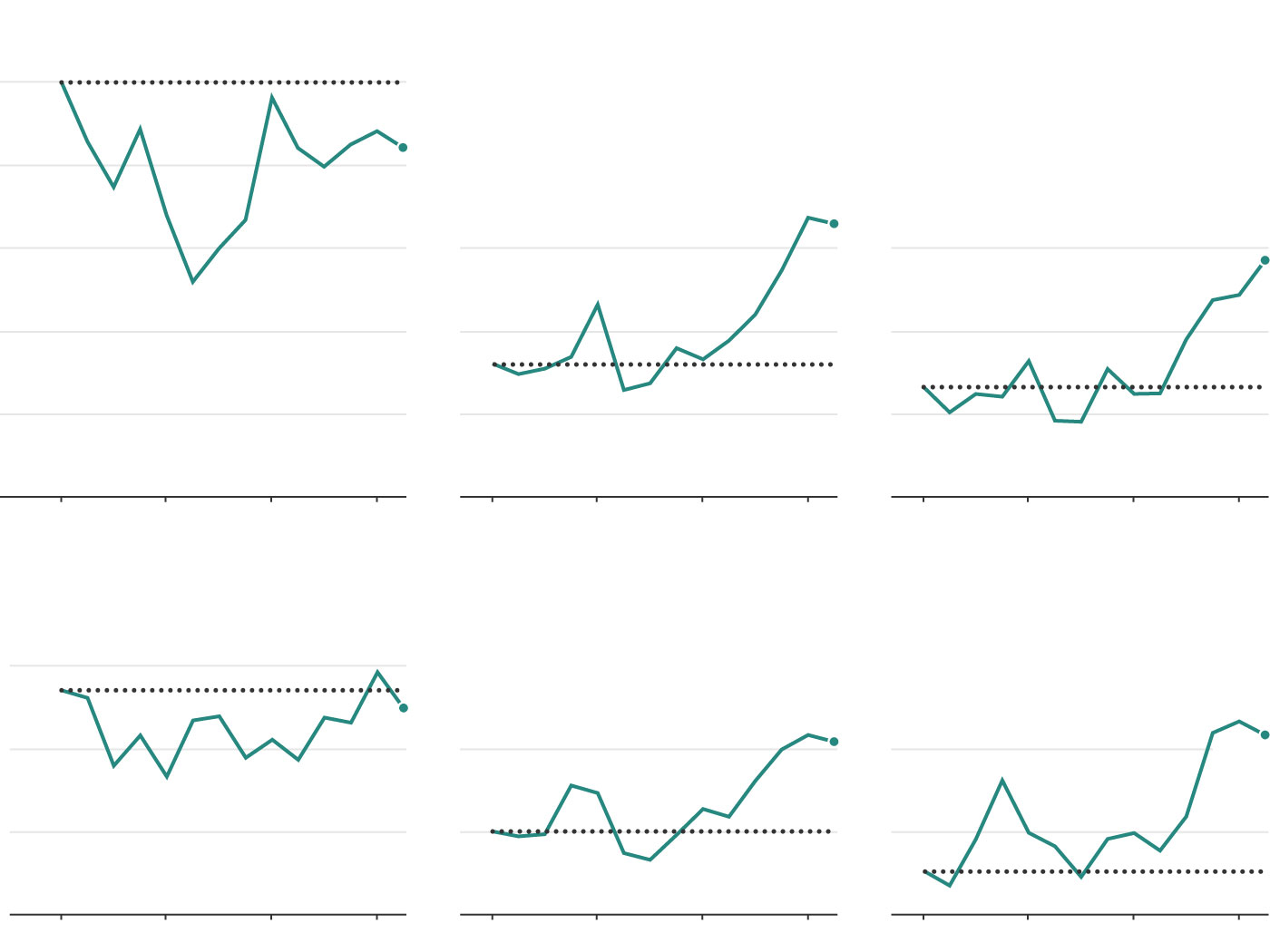 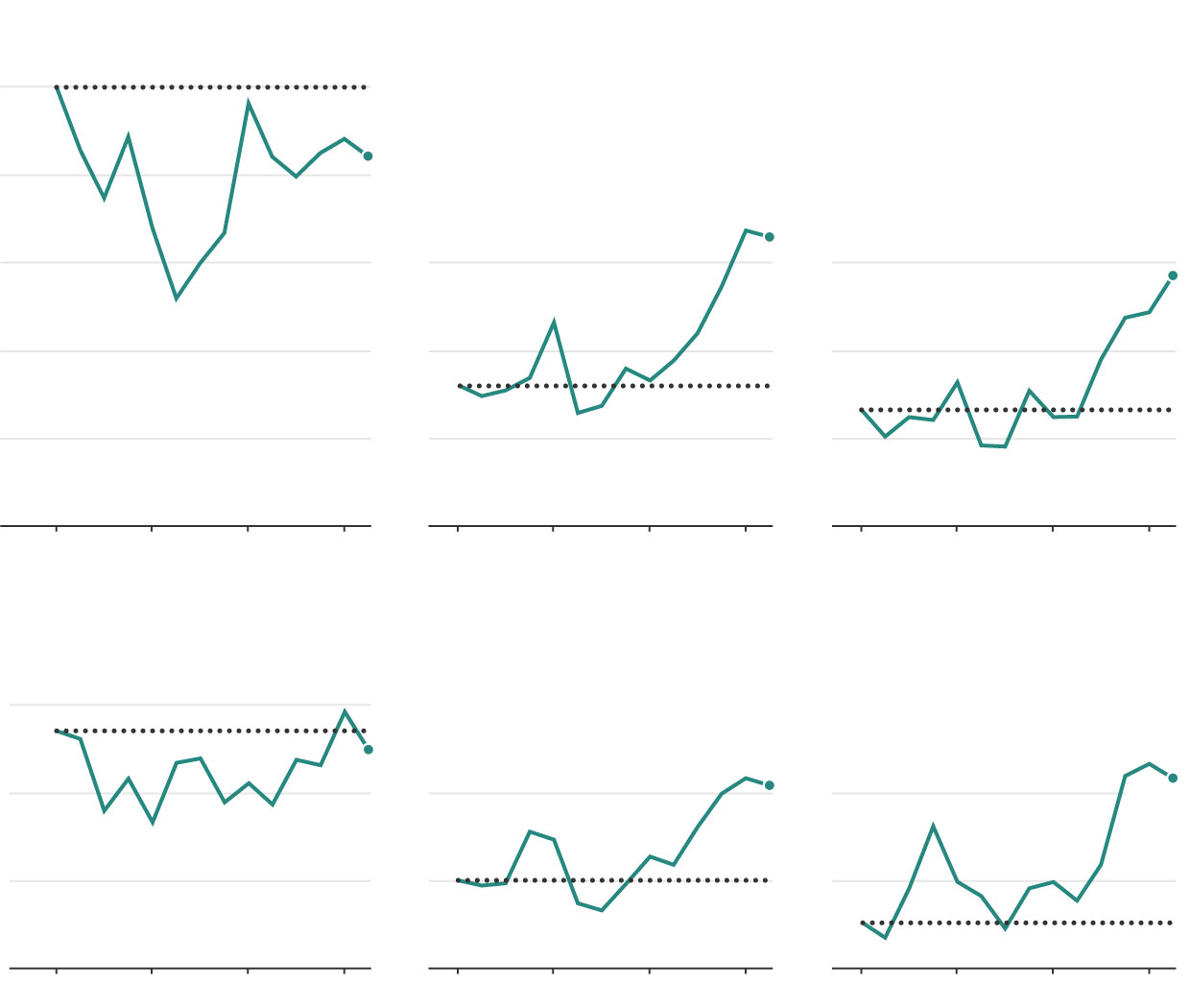 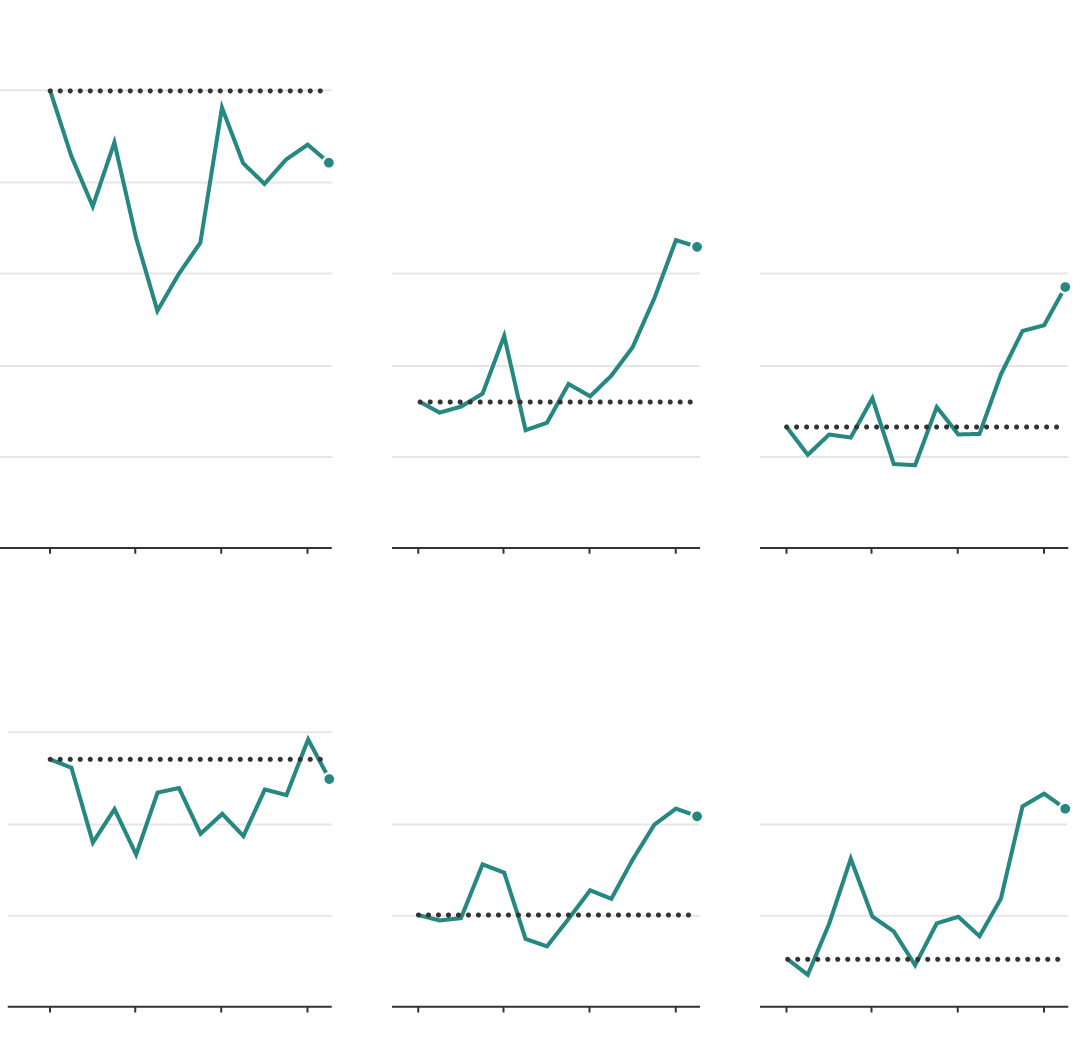 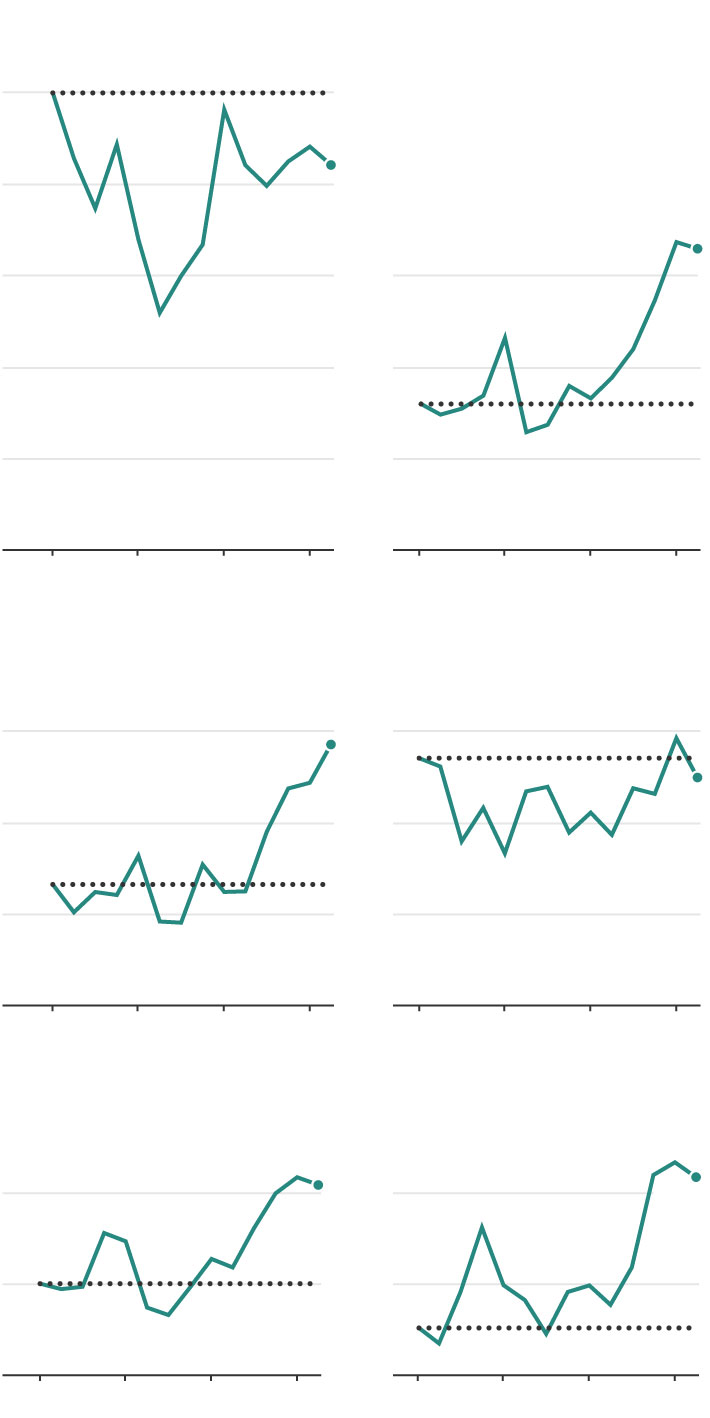 Crowdfunding platforms have given small out-of-state investors a way to make fractional purchases in single-family homes as well. One of the newest, Arrived, signed up 12,000 people to invest in 150 rental homes in the past year, with more than 100,000 others applying to make future investments through the company. For one starter home in Clarksville, Tenn., 535 investors contributed to the purchase, some putting in as little as $100.

Investors in lower-cost Southern cities can get higher rents relative to sales prices than in many other places. The Memphis and Birmingham, Ala., metro areas had the highest rents relative to sales price in the U.S. in December 2020, according to an analysis by Roofstock. The monthly mortgage payment for a median-priced home in Birmingham at that time was only $599, while the median monthly rent was $1,166, nearly twice as much.

Those kinds of numbers caught Mr. Cronin’s attention, and he initially wanted to invest in Birmingham. He was outbid more than 10 times, some presumably investors like himself, he said.

Jackson has yet to attract as many investors as some other Sunbelt cities, but its cheaper homes have been getting more investor attention recently, which has likely helped boost home values. Across the greater Jackson area, home prices rose 29% between November 2019 and November 2020, according to real-estate brokerage

The Mississippi capital still has lower prices than Birmingham, and it boasts a high renter population with attractive rent-to-sales-price ratios. Mr. Cronin said he would only need to increase rent modestly to get his desired annual return of up to 15% over time.

Home prices around Jackson have grown at a slower pace lately than they did in 2020, according to Redfin, which might mean some investors will start shopping in other cities, or even sell their properties to reinvest in markets with stronger price growth. That raises the prospect of more buying opportunities for local home buyers, though it might also inject unwelcome volatility into the market. 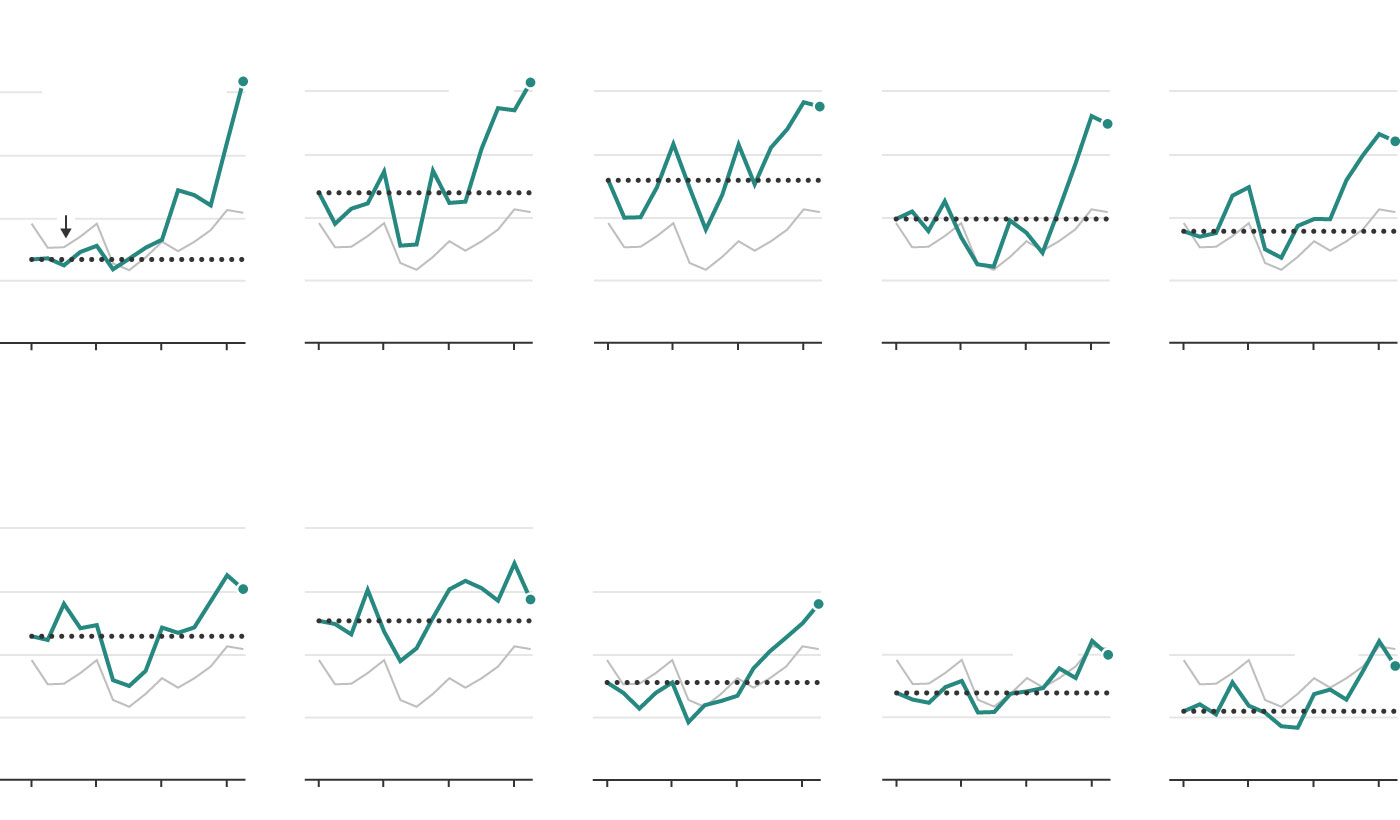 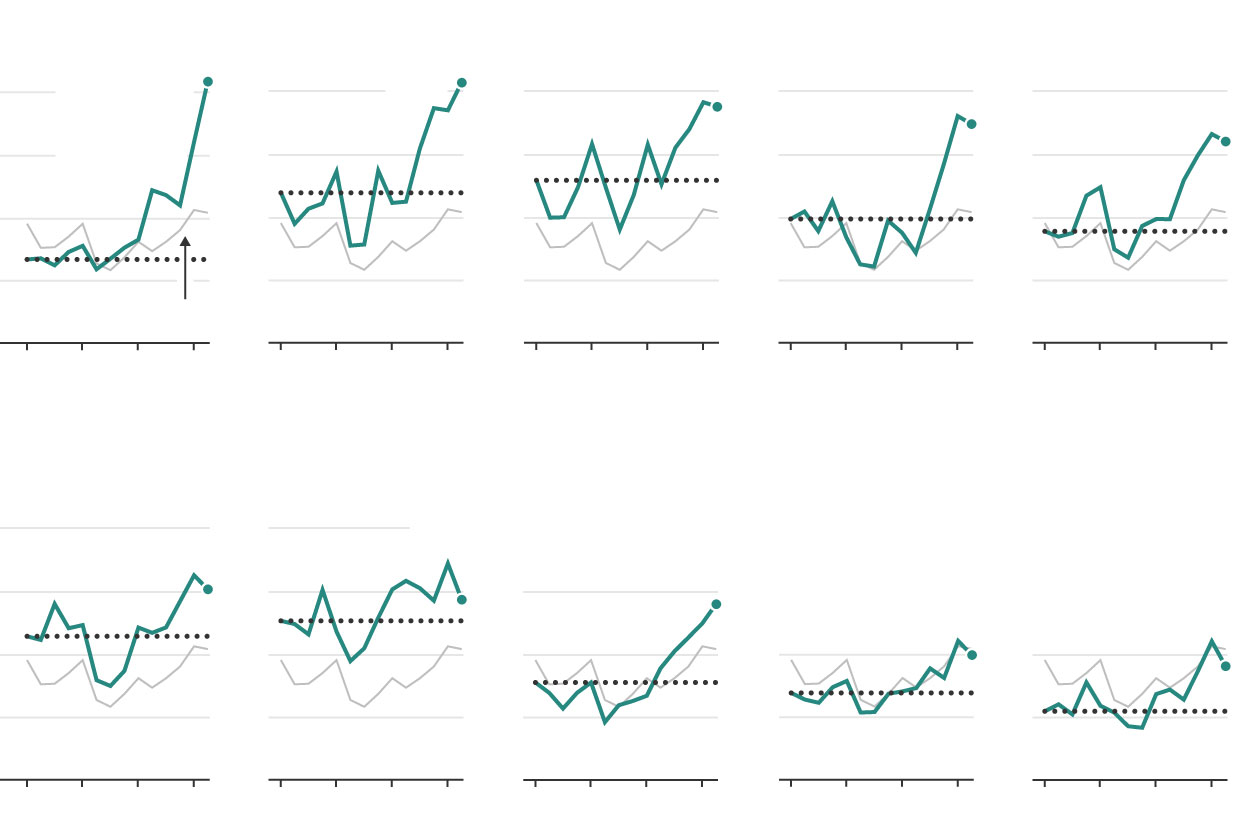 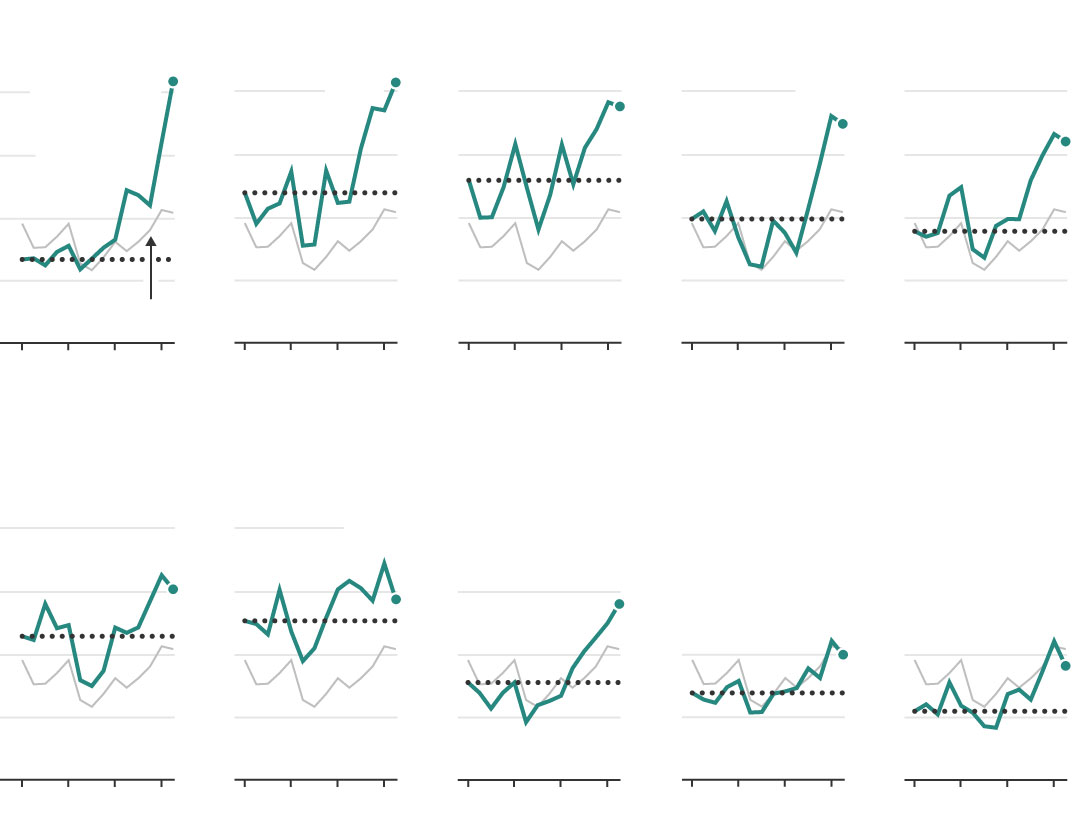 Evernest, another company that specializes in managing rental properties for out-of-staters, has circulated a white paper touting “landlord-friendly” Mississippi, where there are no limits on how much you can ask a renter to pay for a security deposit and where evictions are faster than in other parts of the country.

Los Angeles software developer Sree Partha bought a three-bedroom house in the Jackson suburb of Brandon for $212,000 in cash last year. He quickly rented it out for $1,855 a month. When his first tenant decided to leave at the end of the lease this spring, Mr. Partha told the local property manager to raise the rent more than 37%, to $2,550.

“When he went out to re-lease, there was much more demand,” Mr. Partha said. He had no problem finding a new tenant.

It hasn’t been all easy money. He bought another house that ended up needing intensive enough repairs that Mr. Partha had to pay to relocate his tenant while the work was done.

City Councilman Aaron Banks, who represents parts of South Jackson, would like to make things harder for out of-state-investors. He’s proposed an ordinance requiring all landlords to register with the city, pay fees and get home inspections in order to operate. His proposal also defines property maintenance standards and would prevent landlords from forcing tenants to open utility accounts through third parties, a practice Mr. Banks said has entailed extra costs for some renters.

Increased investor activity and rising rents have made homeownership less attainable for lower-income people in his district, Mr. Banks said. “It keeps people in a cycle, a repetitive cycle of being a renter all their life,” he said. “You’re paying $1,700 a month, it’s hard for you to probably make payments on time, to get your credit where it needs to be.”

Kevin Ortner, chief executive of rental property manager and online marketplace Appreciate, said that the new wave of small out-of-state investors might cause prices to rise more quickly. But he said that pre-existing affordability problems and a lack of housing supply had already forced people out of the for-sale market, making them more likely to need to rent.

“So long as these people that are out of state…offer a great place for a resident to live, they’re also doing a service for that community,” he said.

Liz Brister, president of neighborhood preservation group the Fondren Renaissance Foundation, said she has purchased, renovated and sold nine nearby homes to owner-occupiers so far, most of them for under $200,000.

“We want to bring some first-time homeowners into our community, like we were, 30 years ago,” she said.

Write to Will Parker at will.parker@wsj.com and Nicole Friedman at nicole.friedman@wsj.com CVS Is in Advanced Talks to Buy Signify Health