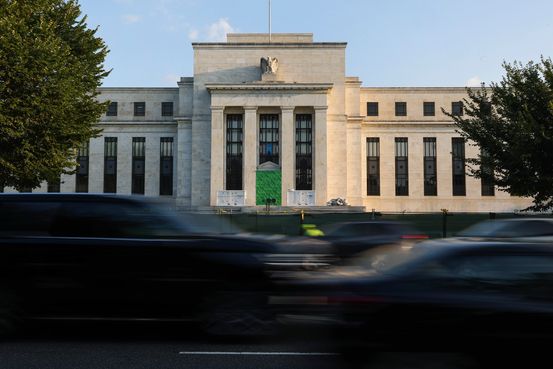 delivered a postmeeting press conference in which he emphasized the central bank’s commitment to bringing down inflation, while acknowledging the uncertain economic outlook.

The overall message from the Fed caused investors to increase their forecasts for interest rates over the near term but downgrade them over the longer term, since higher rates could lead to a sharper economic downturn.

Investors and economists pay close attention to Treasury yields because they set a floor on borrowing costs across the economy and set a benchmark forward-looking return against which other assets are measured. This year’s climb has helped lift 30-year fixed mortgage rates above 6% for the first time since 2008 and has punished stocks by decreasing the value of companies’ expected earnings.

Investors had widely expected the Fed’s Wednesday decision to raise its benchmark federal-funds rate by 0.75 percentage point for the third consecutive meeting. Investors were more surprised by the central bank’s interest rate projections, which showed that the median official expected rates to rise to around 4.4% by the end of the year. That was a big increase from the 3.4% forecast in June and about 0.25 percentage point higher than many investors were anticipating—leading to an immediate jump in short-term yields.

In recent trading, the yield on the benchmark 10-year U.S. Treasury note was 3.528%, according to Tradeweb. That was down from 3.577% just before the interest-rate decision and 3.571% Tuesday, its highest close since March 2011.

The yield on the two-year note, which is more sensitive to the near-term interest-rate outlook, briefly climbed above 4.1% but was back down to 4.024% in recent trading, up from 3.962% Tuesday, its highest settlement since 2007.

“There was a whole host of hawkish news heading into this, and the Fed came out even more hawkish than the market,” said Zach Griffiths, a senior strategist covering Treasurys and investment-grade corporate bonds at the research firm CreditSights.

had escalated the war in Ukraine by ordering the mobilization of reserve forces and hinting at Russia’s nuclear-weapons capabilities. The decline, though, was modest, and the Fed’s looming interest-rate decision quickly took over investors’ attention.

Stubbornly high inflation and expectations for higher interest rates have been a driving force pushing bond yields higher all year. The 10-year yield has climbed from just under 1.5% at the end of 2021 and around 2.6% at the start of August.

Yields fell in early summer as investors became increasingly concerned that the U.S. was already in or entering a recession. They have rebounded since as those worries receded, and Fed officials emphasized that their overwhelming priority was fighting inflation, even if it meant some pain for the economy.

What’s your current approach to bonds? Join the conversation below.

Two types of economic data have most spooked investors. One is a variety of measures showing rapidly rising wages, which many believe to be the most important contributor to inflation over the longer term. The other is inflation data itself, with last week’s consumer-price-index report showing another big jump in so-called core prices that exclude volatile food and energy categories.

The result has been a high degree of uncertainty.

“It’s a foregone conclusion that the Fed’s going to continue to hike,” said Jim Vogel, interest-rates strategist at FHN Financial. “There is zero conclusion about when the Fed might slow rate hikes or the economy will show any impact from tighter monetary policy.” Why Stocks Got Jolted – WSJ