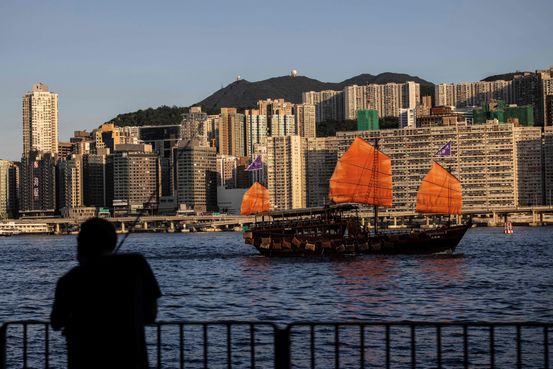 Hong Kong is ending its controversial hotel quarantine policy for travelers, as pressure builds on the city to ease Covid-19 restrictions to shore up its economy and defend its longtime position as a global business capital.

John Lee, Hong Kong’s chief executive, said arrivals starting Sept. 26 will no longer need to isolate in a hotel, dropping a previous requirement for a three-day quarantine. Travelers’ ability to move around the city will be restricted during a self-monitoring period of three days, down from four currently. A requirement for a preflight PCR test will be dropped in favor of a preflight rapid test.

Unvaccinated Hong Kong residents will also be allowed to fly back to the city.

People’s livelihoods, economic activity and Hong Kong’s competitiveness are factors the government considered, Mr. Lee said. Transmission risks from overseas arrivals are no worse or even lower than they are within the community, he said.

Even with the easing, Mr. Lee said, the city’s Covid policies will still be aimed at keeping infections under control, reducing severe illness and death and protecting high-risk individuals.

For much of the pandemic, Hong Kong has imposed crippling restrictions on travel including quarantines as long as three weeks that slowed air traffic to a trickle and contributed to an outflow of talent, roles and even businesses from the city. Business groups have warned Hong Kong’s role as a regional hub is at risk if conditions don’t improve.

Hong Kong fell behind regional rival Singapore in a ranking of the world’s global financial centers released Thursday. The Southeast Asian city jumped three places from earlier this year to rank third after New York and London on the semiannual Global Financial Centres Index, bumping Hong Kong down to fourth.

Hong Kong long ago lost its status as a leading aviation hub, with flag carrier

passenger figures last month still 91% below their prepandemic level. The city’s once-bustling airport has been practically empty for much of the pandemic.

In another sign of opening, the Hong Kong Sevens rugby tournament, a marquee sporting event on the calendar of many global bankers and their clients in Asia, will resume in November after a two-year hiatus, the Hong Kong Rugby Union said Friday.

Athletes and spectators traveling from abroad will no longer have to go through hotel quarantine. Still, teams and officials won’t be allowed to venture outside of a “stringent bubble” between their hotels and the stadium, organizers said. Athletes in the bubble won’t be able to interact with fans and must consume meals in their hotel rooms, a spokeswoman for the event said.

The organizers said they are expecting about 30,000 spectators, filling Hong Kong Stadium to 85% capacity, and said they would comply with any other Covid-19 rules.

Beijing, which has continued to pursue an often draconian “zero-Covid” approach to outbreaks, has indicated it supports Hong Kong’s plan to reopen to the world.

Huang Liuquan, deputy director of Beijing’s Hong Kong and Macau Affairs Office, said Tuesday: “the adjustments made by the [Hong Kong] government give no cause for criticism.” He spoke shortly after Mr. Lee said his administration wanted to maximize Hong Kong’s connections with the world and reduce inconvenience to travelers.

Hong Kong is set to hold a high-level summit for global financial heavyweights in early November, hoping to signal its reopening as Asia’s financial center. Some top executives indicated they wouldn’t travel to Hong Kong if the quarantine rules remained in place.

Ronny Tong, a member of the Hong Kong government’s cabinet, said the city’s authorities had long prioritized reopening the border with mainland China first, citing the country’s importance to the local economy. But China’s tight Covid controls made a resumption of normal travel impossible and left Hong Kong—often seen as a bridge between the mainland and the world—in limbo between the two.

In recent months, Hong Kong officials have grown more concerned about the damage the city’s isolation has inflicted to its economy, including its financial, tourism and restaurant sectors.

“Beijing completely understands that to maintain our standing as a financial center, we need to adopt more open arrangements for arrivals,” Mr. Tong said. “If we don’t connect with the outside world, that can’t be done.”

Health experts have criticized the quarantine policy as well, saying it is unneeded with local Covid infections running so high. New cases ran higher than 10,000 a day during a recent peak but have since come down.

Hong Kong still maintains a slew of Covid measures, including a mandate to wear masks outdoors and in most public places. During their three days of self monitoring under the new rules, travelers to Hong Kong won’t be able to go to places like restaurants or bars and will be tested for Covid.

Singapore, meanwhile, has sharply cut back its mask mandate, dropped its quarantine requirement and eliminated testing for vaccinated international arrivals.

Japan will join other top travel destinations in Asia in relaxing entry restrictions next month, allowing individual tourists to visit from Oct. 11. Taiwan will end quarantine requirements on Oct. 13 at the earliest.

—Selina Cheng contributed to this article.

Write to Elaine Yu at elaine.yu@wsj.com