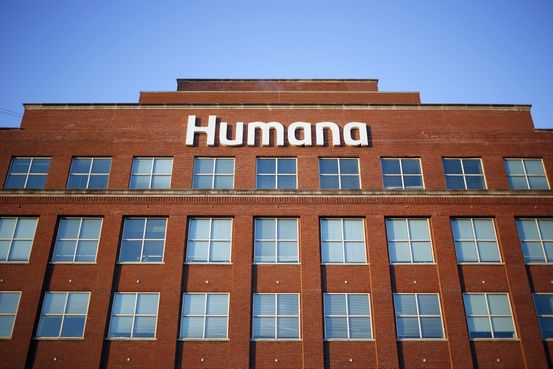 according to people familiar with the situation, as healthcare heavyweights scramble to snap up primary-care providers.

The talks are serious and a deal to purchase Cano could be struck in the next several weeks, assuming the negotiations don’t fall apart, some of the people said. Cano shares, which had been down nearly 7%, turned positive and closed up 32% after The Wall Street Journal reported on the talks with Humana and other unnamed parties, giving the company a market value of roughly $4 billion.

It couldn’t be learned which other potential buyers might be in the mix, but Cano could be Humana’s to lose as the health insurer has a right of first refusal on any sale, part of an agreement that was originally struck in 2019.

Ties between the companies run deep: Cano was Humana’s biggest independent primary-care provider in Florida, serving over 68,000 of its Medicare Advantage members at the end of last year, according to a securities filing. Cano also operated 11 medical centers in Texas and Nevada for which Humana is the exclusive health plan for Medicare Advantage, the filing added.

Humana has already established a footprint in primary care, which it continues to expand. Earlier this year, its CenterWell Senior Primary Care business joined with private-equity firm Welsh, Carson, Anderson & Stowe to open about 100 new senior-focused primary-care clinics between 2023 and 2025, building on an earlier, similar partnership.

said that the company sees a total addressable market of over $700 billion in “value-based” primary care for seniors. He noted that Humana has accelerated its investment in the sector over the past five years, becoming the nation’s largest senior-focused primary-care provider.

There has been a frenzy of deal making involving large companies scooping up primary-care assets as a means of getting closer to patients and providing them more personal service.

agreed to purchase the parent of primary-care clinic operator One Medical for about $3.9 billion in July, while CVS Health Corp. agreed to buy

for $8 billion earlier this month.

who sits on its board. The deal valued the company at $4.4 billion.

Cano has been the target of two shareholder activists this year, both of which independently pushed for its sale.

Third Point LLC currently has a roughly 5% stake in the healthcare company. In March, he pointed to the market’s unfavorable view of companies that went public through SPACs as a reason to explore strategic alternatives.

Then in late August, Owl Creek Asset Management LP sent a letter to Cano’s board stating that it had amassed a roughly 4% stake and urged the company to hire investment bankers to explore a sale to a strategic buyer.

Cano has been backed by health-care-focused private-equity firm InTandem Capital Partners since 2016. The firm mainly makes investments in small-to-midsize companies. Success at Work Is Warped by Your Co-Workers’ Salaries Britain’s Sketchy Growth Plan Is Scarier Than Its Bond Vigilantes Summer Movie Season Fizzles Out, With Few Blockbusters to Count On This Fall