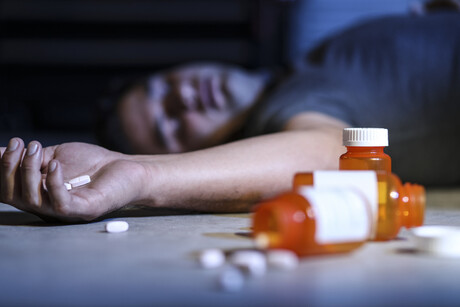 Every four hours an Australian is lost to preventable overdose, according to Australia’s Annual Overdose Report released by Penington Institute.

“Yet while Australia implements a National Road Safety Strategy, funds public education campaigns and has established an Office for Road Safety, thousands of Aussies continue to die of overdose in virtual silence.

“This health crisis affects Australians of all ages, from all places. There is a misconception that overdose only kills younger people; however, Australians over 40 accounted for more than two-thirds of overdose deaths in 2020.

“Many also believe illicit drugs are the main cause; however, pharmaceuticals continue to drive overdose deaths in Australia. Stimulants such as ice are a growing concern though, with overdose deaths involving this drug type increasing ten-fold in just the last two decades.

“Irrespective of substance, overdose continues to be a significant and growing burden on our nation’s healthcare system, placing unnecessary strain on ambulance services already under pressure. America’s opioid epidemic is Australia’s future, if we don’t act now.”

Penington Institute is once again calling for a National Overdose Prevention Strategy in collaboration with leading experts and people with lived experience. Globally, the institute is driving a broader societal shift to reduce stigma and end overdose through International Overdose Awareness Day, held on 31 August each year.

“It is near impossible to assess the true extent of this crisis as investigations of overdose deaths take several years, with the most recent data from 2020. Reducing this delay would give us visibility of sudden changes in overdose patterns, enabling real-time action to manage overdose and efficiently track the impact of government initiatives,” Ryan said.

“We need government action, but we also need action within the community, the business sector and the media to reduce stigma and drive change. Without open discussion and collaboration, the stigma associated with overdose will continue to obstruct any efforts to shift the dial on this insidious killer.”