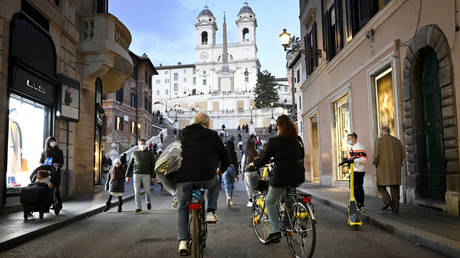 Italy will completely end its dependence on Russian gas in the winter of 2024-25, the head of state-owned energy giant Eni, Claudio Descalzi, announced on Monday.

Speaking during a visit by Italian Prime Minister Giorgia Meloni to Algeria, he confirmed that Rome is pushing for further expansion of cooperation with the North African country as part of the plan to wean itself off Russian gas.

Descalzi noted that two years ago, Algeria supplied Italy with about 21 billion cubic meters (bcm) of natural gas. Now the numbers have increased to 25 bcm, and next year, Rome plans to boost imports of gas from the African country to 28 bcm. The head of the energy group said that the figures will grow even higher in 2024 and 2025, adding that “we annually update the agreements on volumes.”

It is expected that during the current visit, Eni and Algeria’s state-run Sonatrach will sign an agreement on the expansion of gas deliveries to Rome. According to some media outlets, volumes of energy supplies could surge to 35 bcm annually.

Italy, along with other EU countries, has been battling record-high inflation, driven largely by rising energy costs. The country relies on imports for nearly 75% of its energy. At the start of 2022, it was receiving 40% of its gas from Russia, but the imports later plunged due to sanctions on Moscow and the sabotage of the Nord Stream 1 pipeline.

Last October, Eni reported that Russian gas accounted for only around 10% of Italy’s imports. In order to diversify supplies, the government and Eni agreed to increase imports from African countries, and according to official data, Italy now imports twice as much gas from Algeria than from Russia.