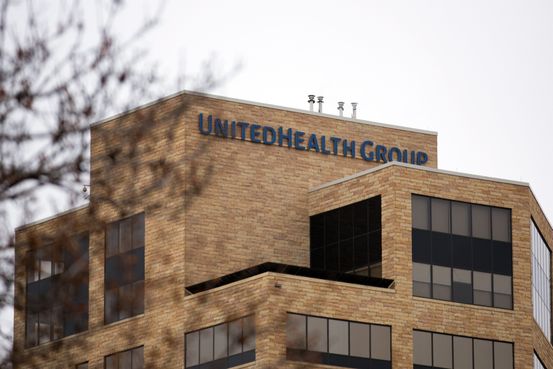 would suppress competition and limit innovation in health insurance markets.

questioned the department’s arguments that he should block the deal because it would limit competition for technology used in claims processing and would give UnitedHealth access to sensitive industry data that it could use to harm competitors.

The Justice Department sued in February to block the deal, and a trial took place in August.

UnitedHealth, the parent of the nation’s largest insurer, agreed in January 2021 to buy Change Healthcare for nearly $8 billion and assume another $5 billion in debt. It wants to combine the technology firm with its own health services arm, Optum.

UnitedHealth has agreed to divest part of its claims-processing business in a bid to address competition concerns surrounding the merger.

said Thursday the divestiture wasn’t sufficient and argued that allowing the deal would give UnitedHealth “unprecedented monopoly power” over technology used to determine when insurance claims should be paid.

Judge Nichols questioned why UnitedHealth’s planned divestiture wouldn’t address that concern, because another business would step in to compete on claims processing.

With the divestiture, the merger wouldn’t lead to a monopoly, he said.

In addition to the monopoly concerns, Mr. Welsh argued that UnitedHealth’s ownership of Change would give the company significant access to data from its insurance competitors that have used Change’s services, which could suppress innovation and ultimately harm consumers.

Judge Nichols asked Mr. Welsh what kind of evidence was presented at trial that shows rivals would stop innovating. He also asked what risk other insurers faced, and whether there would still be potential harms if UnitedHealth didn’t use the data.

The judge also directed some pointed questions at the companies, asking why potential concerns about innovation wouldn’t be enough to establish that the deal would lessen competition.

UnitedHealth lawyer Craig Primis said there was no evidence that the company would use the information against its rivals. The company has said the combined entity would improve care by providing better information to doctors and reduce waste by making the healthcare payment process more efficient.

Mr. Primis said no rivals testified that they would be harmed. “The lack of support is remarkable,” he said. “It’s layer upon layer of speculation.”

Judge Nichols is expected to issue his ruling in the coming weeks.

Write to Erin Mulvaney at erin.mulvaney@wsj.com The U.S. Is Running Short of Land for Housing