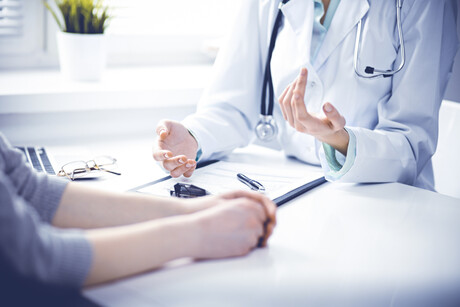 From delayed diagnosis, to overprescribing, to dismissal of pain and other symptoms, there are unique challenges that women and girls face that lead to poorer health outcomes.

To address stark differences in the health outcomes for women and girls, the federal government is establishing a National Women’s Health Advisory Council. The council will be chaired by Assistant Minister for Health and Aged Care Ged Kearney and it will provide strategic advice to improve Australia’s health system for women and girls.

“It is completely unacceptable that a young girl suffers ADHD symptoms without diagnosis for potentially years longer than a boy her age. Or a woman has her crippling pelvic pain repeatedly dismissed, only to find severe endometriosis,” Kearney said.

“In Australia no one should fall through the cracks when it comes to safe, high-quality and affordable health care. It’s happening too often for women and we need to find effective ways to address the problem.

“Women and girls deserve tailored and targeted health care that recognises and reflects their experiences and concerns,” Kearney said.

The council will look at the health care offered to women and girls when it comes to menstruation, reproductive health and menopause, as well as medical consent and pain management. It will also consider medical research and health outcomes for women across a range of conditions, like heart disease, autism and cancer care.

The National Women’s Health Advisory Council will comprise some of the nation’s most eminent women’s health experts along with representatives from a mix of peak stakeholder organisations, consumer groups, and medical and professional bodies — including the voice of women with lived experience.

A key role for the new council will be to guide how the government delivers on the National Women’s Health Strategy 2020–2030. Council members, who will each serve an initial three-year term, will provide advice and recommendations directly to the government, including annual reports on progress. The government may seek advice at any time outside of annual reporting.

Interestingly, recent research from the Australian National University, published in Nature Communications, reveals that women are up to 75% more likely to experience adverse reactions to prescription drugs compared to men because of a range of differences in traits between the sexes.

The lead author of the study, Dr Laura Wilson, said these adverse reactions were previously thought to be due to differences in body weight, but the reality is not that simple.

“Women are often prescribed drugs at the same dose as men despite having on average a lower body weight, meaning they often receive a higher relative dose,” Wilson said.

“We analysed over two million data points, capturing over 300 traits in mice, a preclinical disease model, and it’s clear females aren’t just smaller versions of males — meaning these drug reactions are unlikely to be alleviated by adjusting the dosage for body weight.

“Our analyses showed sex differences in many traits that cannot be explained by body weight; for example, iron levels and body temperature, morphology traits such as stored fat, and heart rate variability.”

According to the researchers, we know much less about how women experience disease. “Most biomedical research has been conducted on male cells or male animals. It has been assumed any results will apply to females as well,” Wilson said.

“But we know men and women experience disease differently, including how diseases develop, the length and severity of symptoms, and effectiveness of treatment options.”

Women are often worse off as a result. “For example, crushing chest pain is often cited as a primary symptom of heart attack. While this might be common for men, it’s a much less common symptom for women. Women are more likely to experience intense nausea,” Wilson said.

“Our study could help clarify the nature of the differences in responses to certain drugs and provide a path forward to reducing drug reactions.”

The research team included scientists from the University of New South Wales, as well as Liverpool John Moores University, Melio Healthcare and the European Bioinformatics Institutive in the United Kingdom. I Survived Childhood Cancer. Now What? A Recap of the 2015 U.S. News Hospital of Tomorrow Forum