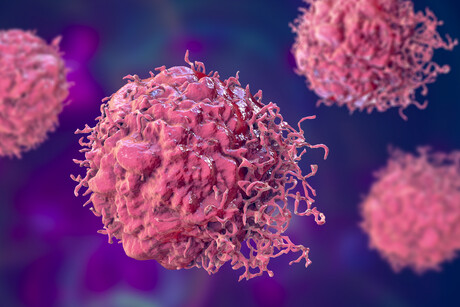 A CAR-T-cell therapy known as axicabtagene ciloleucel (axi-cel) has shown signs of efficacy in a small pilot trial involving patients with lymphoma of the brain and/or spinal cord. The findings were reported by investigators from the Dana-Farber Cancer Institute (DFCI) at the 64th American Society of Hematology (ASH) Annual Meeting.

“For many patients with lymphoma of the central nervous system, there aren’t great treatment options,” said Dana-Farber’s Caron Jacobson, MD, MMSc, who led the trial and presented the findings at ASH, according to a press release by DFCI.

“Our early results suggest that expanding the applicability of CAR-T cells to this indication could improve patient outcomes.”

Lymphomas can begin within the brain or spinal cord, or the tumours can spread to those sites (known collectively as the central nervous system or CNS) after they originate in other parts of the body.

CAR-T cells, which are made from patients’ own disease-fighting T-cells and genetically re-wired to bind and destroy tumours, have proven effective in other forms of lymphoma. But their efficacy has not been widely studied in the brain and spinal cord.

The median progression-free survival was nearly a year, and the median overall survival was 19 months. Although further clinical study is required, the data suggest that axi-cel yields responses that are potentially more durable than current treatments for CNS lymphoma.

The trial was intentionally designed with pauses to assess safety at multiple points, and if at any time two or more treatment-limiting toxicities emerged, the researchers would amend the trial protocol. However, the study was able to proceed without interruption.

The researchers enrolled patients into two cohorts, the first for those with lymphoma only in the CNS and the second for patients with lymphoma in both the body and CNS. Blood and CSF samples were collected daily during the period when CAR-T cells proliferate most rapidly in the body (days 5 through 9 following axi-cell treatment). Both CAR- and non-CAR-T-cells were isolated and analysed using advanced single-cell techniques, including single-cell RNA sequencing and single-cell sequencing of T-cell receptors.

Gerdemann, Kaminski, Albanese and colleagues analysed over 125,000 individual cells. The breadth and depth of the researchers’ inquiry enabled them to reveal a molecular signature, unique to CAR-T-cells in CSF, that could be important for driving anti-tumour responses. This signature reveals that the CSF CAR-T-cells are highly activated and have turned on the interferon pathway, which is important for immune activity.

“This approach gives us an unprecedented opportunity to explore the immune environment of the central nervous system and determine how that compares to the peripheral blood,” Gerdemann said.

“Moreover, we can compare identical cell populations in both blood and CSF, gaining a high-resolution picture of T-cell dynamics and a deeper understanding of what drives therapeutic responses.”

“Further studies of these cells promise to shed even more light on their unique biology and their activities in the body,” Kaminski said.

“This has been a really tremendous effort and we are extremely grateful to the patients, clinicians and researchers involved who made it happen.” Jobs for Medical Scribes Are Rising Rapidly but Standards Lag