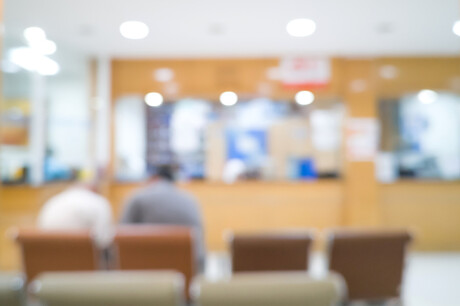 Whether it’s isolation, lack of resources or the length of time required to develop trust with locals, nurses say working in remote Australian communities is a lot different to being in a city hospital.

In fact, the job can be so different in remote Australia, an Edith Cowan University (ECU) study suggests remote area nursing should be classed as a ‘specialist-generalist’ role requiring further training and support on the job.

ECU lead researcher Dr Kylie McCullough said nurses perceived their clinical knowledge to be insufficient for the advanced, generalist scope of work in remote areas — described as caring for communities from the ‘womb to the tomb’.

Key issues were the need for cultural and clinical knowledge of health issues faced by people living in remote areas, particularly Aboriginal and Torres Strait Islander peoples, and the lack of experience in making critical decisions when working alone or with less experienced co-workers.

One respondent claimed she had to throw everything she’d learned “out the window and start again”, while another claimed she was told: “You will see things here that you will never see anywhere else”.

“They’re asked to be more like GPs a lot of the time, and therefore need similar skills,” McCullough said.

“On top of that, quite often there are no police or paramedics in these communities; if there’s, say, a car crash, nurses hop into a LandCruiser and have to deal with these incidents all by themselves, with limited resources.

“It’s a lot different to being on a ward; we’re asking them to be ‘super nurses’ often without the proper preparation.”

McCullough said asking workers to step straight into remote area nursing without any experience in such an environment was asking too much and had many consequences.

“You end up with more people being hospitalised unnecessarily,” she said.

“Then they need the Royal Flying Doctor Service to transfer them to metropolitan hospitals and that adds more strain to the hospitals and greater stress for patients and their families.”

“This can erode the trust of the community in seeking health care,” McCullough said.

“It takes time to build trust.”

McCullough said it was clear there needed to be action in educating and supporting nurses in remote areas. This could include a focus on training and hiring more nurse practitioners — someone who has studied a master’s level and has the authority to prescribe medications and order pathology tests, amongst other advanced skills.

The nurse practitioners who took part in the study reported they were better suited to meet the additional expectations and aspects of the role, such as health promotion.

She said nurses needed to be encouraged to remain in the same community for extended periods.

“Each community has its own set of challenges, so if someone has been there a while, they can better serve the public and better teach other nurses who come to work there,” McCullough said.

“People in remote communities have poorer health outcomes in general and, like remote nurses, can be forgotten about as they’re out of sight and out of mind.”

The study, titled Nursing in a different world: Remote area nursing as a specialist-generalist practice area, was published in The Australian Journal of Rural Health.