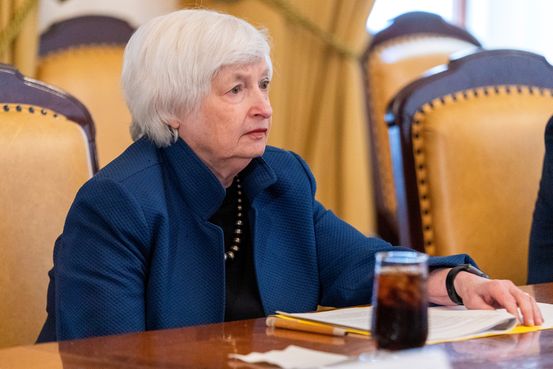 plans to argue that the Biden administration’s agenda is spurring economic investment and opportunity across a wider distribution of communities in the U.S. during a visit to Michigan.

The speech Thursday at a

electric-vehicle production plant in Dearborn, Mich., however, comes against the backdrop of an economy that is slowing as the Federal Reserve lifts interest rates to counter the highest inflation in four decades.

Michigan’s lifeblood manufacturing industry has historically been sensitive to higher interest rates. Higher rates can make vehicle payments and financing for other big-ticket items more expensive for consumers. University of Michigan economists projected hiring in Michigan to slow next year and the unemployment rate to edge higher, in a forecast released last month.

The Biden administration sees the state and the industrial Midwest as major beneficiaries of laws Democrats have championed. Those include the recently passed law designed to bolster the electric-vehicle industry, lower prescription-drug costs and raise taxes on large corporations. Ms. Yellen also planned to highlight laws passed in 2021 and 2022 that provide federal funding for infrastructure projects and domestic semiconductor production.

Is the Biden administration doing enough to fight inflation? Join the conversation below.

Such policies embrace “the notion that some of the best opportunities for growth occur when we invest in people and places that have been forgotten and overlooked,” Ms. Yellen planned to say, according to prepared remarks. She noted that a disproportionate share of economic opportunity has been concentrated in major coastal cities.

Republicans, meanwhile, have argued that Democrats’ economic-policy moves early in the Biden administration fueled elevated inflation and that recent actions, including President

plan to forgive some student-loan debt, would add to inflationary pressures or do little to address them.

“The Biden administration’s ongoing victory lap touting its economic agenda is a slap in the face to struggling Americans,” said. Rep.

(R., N.C.), the top Republican on the House Financial Services Committee. “Record inflation and energy prices are still clobbering families. Instead of working to address our most pressing economic issues, Democrats are doubling down on their failed tax-and-spend schemes.”

Differing views on the direction of the economy is a point of contention between the two parties ahead of the midterm elections that will determine which party controls Congress.

The U.S. economy has shown signs of slowing, with two consecutive quarters of economic contraction this year, amid inflation that has hovered near 40-year highs. Low unemployment and a healthy pace of job creation have been consistent bright spots for the economy. The number of job openings far exceeds available workers.

The unemployment rate in Michigan was a historically low 4.2% in July, but the transition to making electric vehicles could be bumpy in a state that has long produced gasoline-powered cars. Last month, Ford said it is laying off roughly 3,000 white-collar and contract employees, in an effort to slash costs as it makes a longer-range transition to electric vehicles.

Michigan was hit by supply-chain disruptions that strained production at manufacturing plants, and, like the rest of the country, faced record gasoline prices earlier this summer.

took the state in 2016. This fall the state holds a closely watched governor’s race.

The visit to Michigan is the first stop in a tour Ms. Yellen is embarking on this month to explain to Americans what the administration believes is the significance of its economic agenda.

Ms. Yellen has framed the Biden administration’s approach to economic policy and legislation as “modern supply-side economics,” an idea she introduced earlier this year and plans to revisit during Thursday’s trip. She will argue that traditional supply-side economics, which focuses on tax cuts and deregulation to promote economic growth, has contributed to income and wealth disparities, according to prepared remarks.

“In contrast, the modern supply-side agenda is concerned with a broad range of productivity-boosting investments and with a broad distribution across sectors, people and places,” she planned to say in prepared remarks, referring to Biden administration policies that have focused on domestic manufacturing and regional economic development, for example.

The recently passed climate, health and tax-policy law, dubbed by Democrats as the Inflation Reduction Act, included $369 billion for items such as tax credits for electric-vehicle purchases and renewable-energy manufacturing projects.

In her prepared remarks, Ms. Yellen planned to say the law would promote energy security, support the U.S. economy in embracing rapidly growing technologies and put Mr. Biden’s goal of cutting domestic greenhouse-gas emissions in half by 2030 within reach.